2022 will be the last year for television ads, the way we think of them.

Because that’s when several of the major sports leagues’ broadcast rights, including the National Football League, come up for tender.

Sports are the last form of ‘tune-in’ broadcasting that needs to be linear in format, space and time.

In 2022, the broadcast rights are going to be acquired by Tech companies and not Broadcast companies.

How do I know?

Two reasons: firstly, they said so themselves. Head of NFL Properties said it’s only a matter of time and desire before the tech companies buy their rights. Secondly, they already are! Twitter has NFL games, YouTube and Facebook have MLB games. DAZN beat out Rogers AND Bell for soccer rights in Canada. (Those couldn’t have been easy conversations between the league and the broadcast co’s!)

So if no one needs to tune into broadcast TV any more for sports, what do they need to tune in for? What can’t they get on streaming? Nothing. uh-oh.
How did this happen?

Also, we can blame Samsung. By making TV’s “Smart”, they killed the last-mile advantage that broadcast companies held, and reduced any and all switching costs (you can click between cable and Netflix and Amazon and YouTube seamlessly on your TV). They also made it so that the viewer’s experience is the same regardless of which provider they’re watching.

It’s also interesting seeing the current incumbents promote the very companies that are going to eat their lunch. Every time I see Fox advertising YouTube TV or Amazon behind home plate, I think about how the iPhone ads killed TV.

It may be a Smart TV for the consumer; it wasn’t so Smart for the cable industry.

How will this effect advertising?

It’s easier to be clairvoyant in advertising, more than any other industry, because advertising is a trailing industry – we wait and see where people pay attention, and then we try to hijack that attention for our purposes. If you look and see how industries are converging, you can make a prediction on how advertising will follow.
So how will advertising change when TV is digital?

That’s the best question and one that requires some thought and clairvoyance.

Let’s talk about the commercials.

As social enables advertisers to blur the line between content and advertisement, the :30 second commercial (which is the cornerstone of most brands’ creative strategy) will no longer be relevant.

Remember, the ads are being served by Netflix or YouTube or Facebook. Will they sell :30 second ads? I don’t think so. If you look at what they sell now during their sports broadcasts, it’s :10 second mid rolls at best and NO ADVERTISING at worst (watch a YouTube baseball game).

Let’s talk about targeting. Instead of blasting one message out to everyone, the new sports ads will allow brands to target users the same way they do with social ads today. That means that users can get targeted ads and brands can eliminate any and all waste.

Let’s talk about inventory.  Do we think the Tech Companies will sell 22 minutes of advertising per hour? No, me either. How much advertising will there be?  Maybe 2 or 3 minutes of mid rolls per hour?  Maybe less?

Well that sure is interesting.

On one hand, TV ads will become democratized, in that anyone with the winning bid for that particular users attention can be a “TV advertiser”. On the other hand, how will the industry deal with a tenfold reduction in advertising inventory?

Where will the money go? Will platforms curate advertising because there’s way more demand than supply? And what becomes of broadcast TV as we know it? Does TV become the offline version of display advertising, used only for blunt force reach?

What if I’m wrong?  It doesn’t matter. You’ll be more “right” thinking about how convergent technologies are going to change customer behaviour then thinking about what’s going on today. Because the only thing we can guarantee 100% is that the future won’t look like the present.

What do you think? Am I crazy? Do the Broadcast Co’s have one last roll-of-the-dice before the FANG’s take over? Will advertising agencies built around the :30 second commercial and the Big TV Idea be able to adapt to a dynamic, three dimensional world? 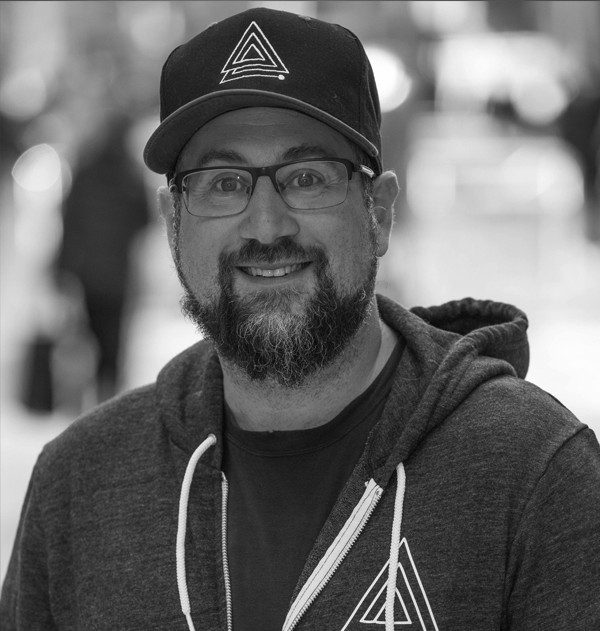