What Comes After The TV Ad?

I realized the other day that I’ve had conversations with over 800 marketers over the past 12 months. Abacus participates in a series of Masterclasses across the US and Canada, and the round-table sessions afford us the opportunity to talk in detail to a lot of marketers.

While the lessons I’ve learned from these conversations could fill a book, a few themes have emerged that have dominated the way Abacus is thinking about advertising. Things have changed, they’re not coming back and the wrong channels are being prioritized.

I ask all the round-table participants one question.

My friend Don Yeager wrote a book called “Greatness: The 16 Characteristics of True Champions”. Don was a Sports Illustrated writer and got to interview the greatest stars in sports for a decade. When he first got the job at SI, his dad gave him incredible advice: he said you’re going to be interviewing the greatest athletes of all time. Take a notebook and ask them one question at the end of every interview: What is it that made you great? After decades of interviews, he compiled all that distilled advice into the book.

With that in mind, I thought about a question I could ask all these marketers that would lead me to the same point of enlightenment that Don got by talking to Michael Jordan.

I knew what my question would be. And though I’ve changed the wording of it slightly over the months, there was something I was DYING to know.

“Of all the video content that you watch as a consumer, what percentage involves watching :30 second ads”.

The first ever television ad aired on July 1, 1941 before a baseball game between the Brooklyn Dodgers and The Philadelphia Phillies. The ad was 10 seconds long and promoted Bulova Watches. For the following 79 years, television advertising was the dominant advertising channel by any measure.

As a result, TV is often the focus of large brand advertisers and their agencies. Much time, effort, resources and money go into the creation of TV ads. Every other channel or medium tend to take a back seat.

So I was really curious.

Let me repeat. 4% of these people are watching video content that involves the airing of :30 second commercials.

Obviously that bring up a lot of questions.

How did this happen should be an easy question. After all, we’re entering the 80th year of TV advertising and that’s a very long time. Lots changes in 80 years. My mentor Duncan Milner (15 years of Apple commercials including the launch of the iPhone) suggested that he killed TV by buying TV ads for the iPhone!  As people spent more time on their computers and phones and less time on the boob-tube, consumer behaviour changed. Content became ubiquitous and personalized, and there was a stream for everyone.

What really died was not TV advertising but with it, the captive audience. Audiences are no longer captive in almost every single context. Where people used to sit through 6 thirty second ads, they now flip through feeds like they’re flipping through a magazine. Captive is now opt-in.

Netflix et al showed us that first run content can be on your TV screen and doesn’t need to involve interruptive commercials to fund it!

The real reason that broadcast TV is dying, in my opinion, can be blamed on Samsung. Broadcast TV used to own the “last mile” between the TV and the consumer. Samsung made it Smart. Smart TVs remove the barriers to entry and switching costs around tuning in to content. You are one click away between cable, YouTube, Hulu, Netflix, Disney + etc.

If video killed the radio star, then Samsung killed the broadcast star! 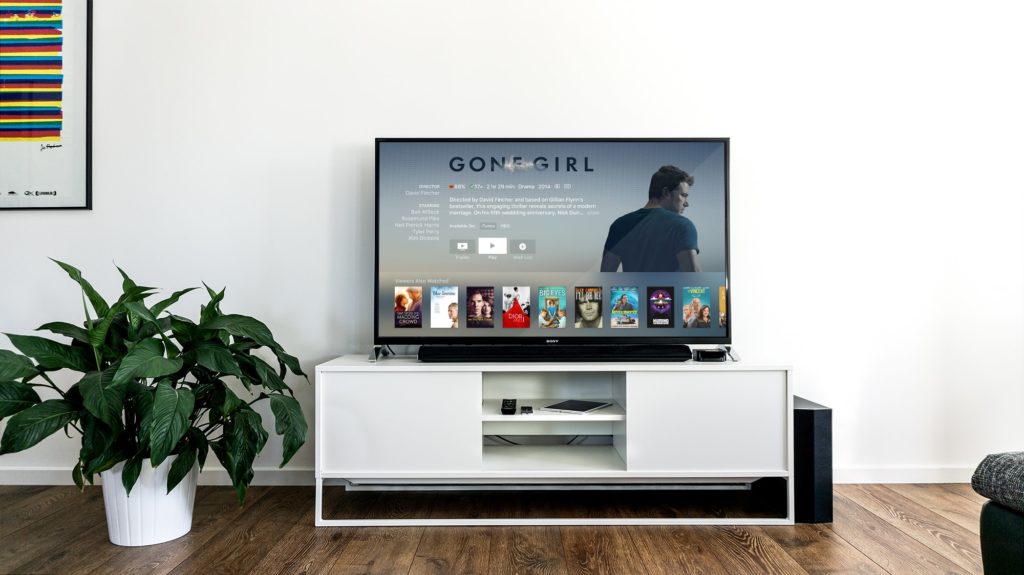 I now think of TV ads the way movie producers probably think about theatres. You know the movie is playing, but there may only be 2 people in the audience watching.

The hardest question of them all is why hasn’t anyone realized? Why are people still behaving like this change hasn’t happened? Why do people look at data and come to their own conclusions? Or worse, challenge the data and the people that make insights out of it?

So why are companies still focusing so much on TV advertising?

At risk of sounding aggressive, the problem is this toxic dance that has been occurring between clients and agencies since the 1980s. Agencies want to make movies and don’t want to be limited by data, insight or those pesky business results. They don’t want to be accountable beyond the camera lens. Clients are happy to fund those movies as long as they’re superiors like them and they can’t be quantifiably evaluated. This impasse has created a separation between ‘creative’ and ‘business’ that has lead both sides astray.

I think everyone knows that the 80thyear after the first TV commercial is going to be the 1styear of all digital. I just feel that people have varying capabilities of acceptance, with many still feeling they can bury their head in the sand, or worse milk the situation a little bit longer.

You can’t get fired for buying TV. Oh yeah?

TV advertising is easy. It’s easy to traffic and doesn’t have to be optimized. It speaks one to many, so it doesn’t have to be customized. The audience is captive so you can save your payoff until the 28thsecond. It can’t be measured properly, so if you’re wrong, no one will know. You only need 1 or 2 creative pieces a year, so it’s quite simple to make. And 30 seconds, in today’s world, is an awful long time to tell a story.

The main reason agencies sell and clients buy TV ads is because they don’t know what to buy/sell instead!

What people need today is complicated. Hundreds of assets across multiple personas and various journey stages, with multiple versions to constantly A/B test and performance conversions to measure creative efficacy.

One of the first hypothesis that Pete (Abacus co-founder) and I in 2015 had was that one day data will allow advertisers to solve for creative. Down with guessing!

Why are brands sacrificing so much for TV?

This is where the rubber hits the road. If you want to spend 70% of your budget on TV ads, it’s a free country. Go ahead. Frankly, it’s not my money and I don’t own shares, so it’s really up to you how you want to spend your money.

Where I do care is when your decision to focus 70% of your money on TV ads starts to negatively effect my world.

So when you make the commitment to TV, your creative strategy dominates, and everything else (web, mobile, social, etc) sacrifices and has to play second fiddle.

You sacrifice everything that is good and holy about the potential of digital advertising for the 4% of peeps who are still watching TV. This simply can’t be right.

What are the best advertisers doing? Samsung runs 9:16 format ads on TV, because they’d rather sacrifice the TV ad than the mobile ad. Apple and Fit Bit put social ads on TV, and not vice versa. Uber only uses TV if it has a winning message that needs reach; not as a prime objective.

It is clear that some combination of mobile and social needs to be driving the bus. Not TV. That doesn’t mean there’s no role for TV and longer form content. Just not as a first date. TV had a really good run. There’s no need to feel bad or nostalgic for it.

So what does this mean moving into the future?

In 2015 when Pete and I started thinking about Abacus, we thought about what the world would look like in 2020. If you’re wondering, we didn’t predict a quarantine!

What we did predict was the following:

Branding and Performance are different sides of the same and would become more integrated.

Performance mindset would become the only mindset.

Media buying and creative production cant be separated. If always on media was the new standard, a new type of creative was needed to keep up with it.

That creative and data combined would lead a revolution leading to solving instead of guessing for creative.

Now we need to look forward to the year 2025 and figure out what we think the advertising world will look like then.

In regards to television, something really crazy has been happening in front of our noses.

Secretly, but in plane site, all the tech companies have been gobbling up the last remaining time-sensitive, tune-in video content: GULP….Sports.

That’s right. Sports. The only reason people give for why linear, broadcast TV still exists.

Twitter has a deal with the NFL for streaming.

DAZN has a deal with all the major global soccer leagues for streaming (in fact, displaced the Rogers/Bell oligopoly for soccer in 2019)

Netflix, Hulu, Disney+, Amazon and more are licking their lips on the sidelines.

In 2022, the NFL rights, the most valuable sports rights, come up for bid. It is my prediction that a tech company will buy those rights and not a broadcast company.

Same for every other sport. They have more money, more eyeballs and need more content.

What will it look like when all television runs through tech companies and not through broadcast companies? We experience a switch from one-to-many advertising to one-to-one advertising. It’s the future.

First of all, will the tech companies ask for :30 second ads? I don’t think so. They don’t encourage them now and they don’t match the new consumer behaviour. They definitely won’t air 6 x :30 second ads anymore. On that we can all agree.

What will the ads look like? The best predicter of the future is the present. Watch a sporting event that was broadcast by a streaming video company. YouTube boasts ad free sports when they broadcast. Facebook runs :10 second interstitials with a countdown clock that tells users when it will be over. Much more in game sponsorship and interactivity. No commercial breaks.

In the future, we could be watching an NFL game and a :10 second midroll spot will come on. Behind the scenes two things will happen. An auction will run finding out who is willing to pay the most for that specific person’s 10 seconds. Everyone will potentially get a different ad. If I only want females 25-30 in New York City, I can bid to have my ad run.

This means two things of critical importance. :30 second ads will no longer be a thing you can buy. And anyone will be able to buy video ads in the most important content.

The question that currently has me perplexed is this: TV advertising has 20+ minutes of ads for every 60 minute content slot. How much would tech companies sell?

So the inventory quantity of the most sought after commercial media will reduce from 22 minutes to 2 minutes. The largest reduction of ad inventory in history.

How will this play out? Will ads become exclusive to big advertisers? Will ads be delivered based on quality of content or on engagement metrics? And what inventory will replace all those TV ads? What will the native ads look like?

Hulu is selling “pause ads”, which appear when a viewer pauses their show. But they only sell 4 of them a month. Crazy supply and demand implications.

Have I got your attention?

Abacus runs a workshop called Startup Time Machine, where we ask companies what they might look like if they launched in 2020?

Now is a great time for rebirth.

If you need help, just holler. 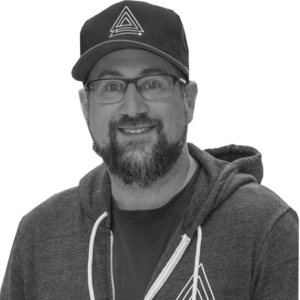